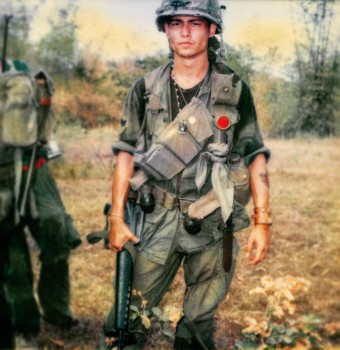 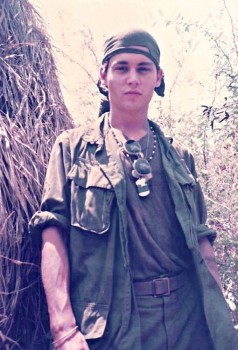 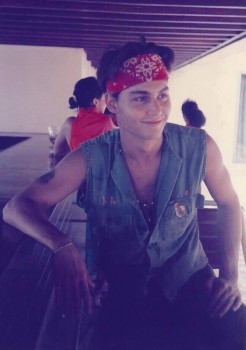 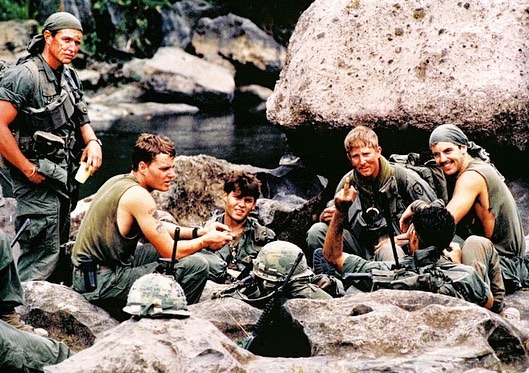 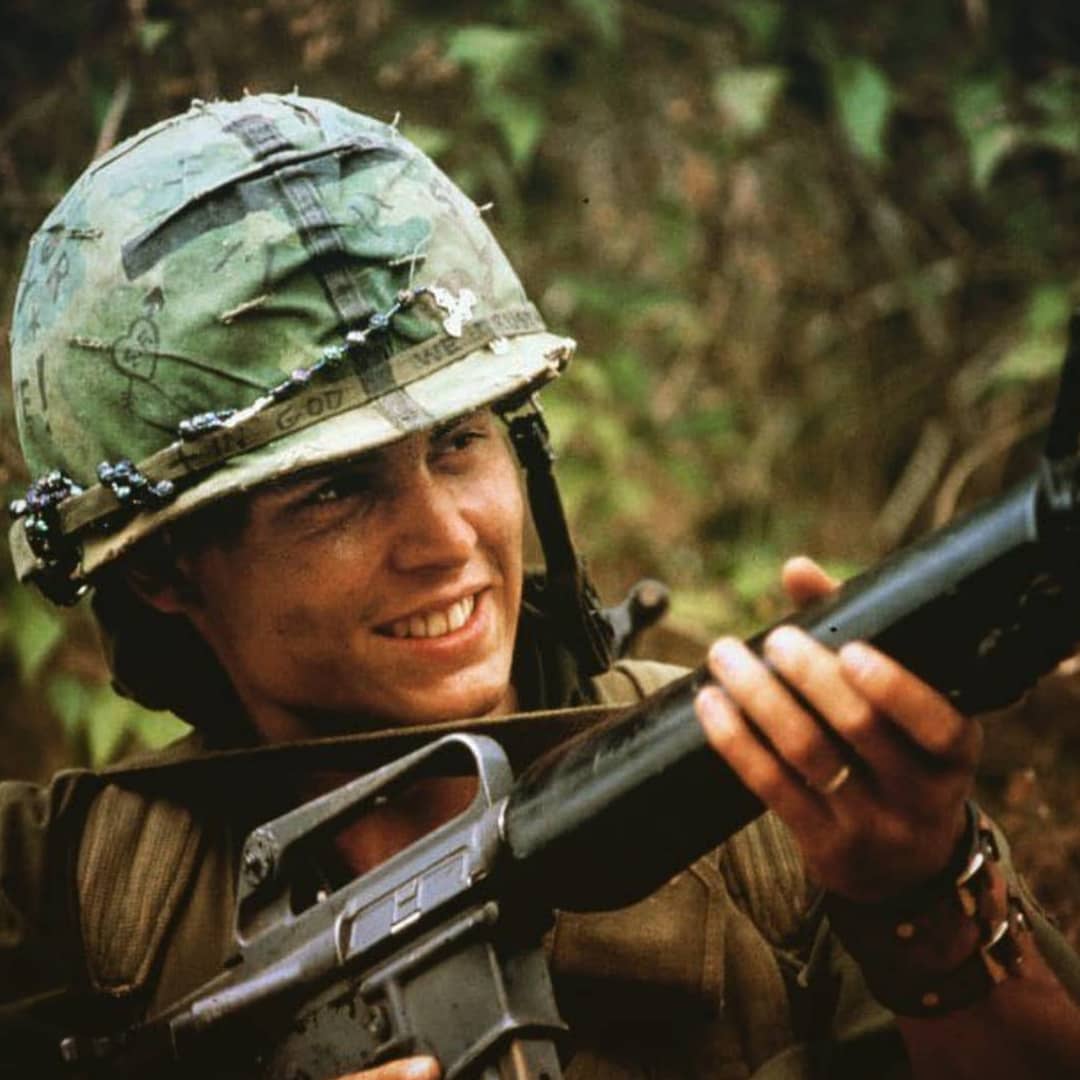 32 years ago, today (December 19), “Platoon” was premiered in only 6 selected theaters for a limited release in the USA. A wider release happened in February 13, and one month later, in March, started to be screening worldwide. Written and directed by Oliver Stone, and filmed in the Philippines for 54 days, the movie was based on his own experiences as a soldier during the Vietnam War, and won 23 awards, between them, 4 Oscars and 3 Golden Globes.
In this movie, Johnny has a minor role as Gator Lerner, a young interpreter soldier.

> Synopsis:
Chris Taylor (Charlie Sheen) is a young, naïve American who upon his arrival in Vietnam quickly discovers that he must battle not only with the Viet Cong, but also with the growing fear, physical exhaustion and intense anger growing within him. While his two commanding officers (Tom Berenger and Willem Dafoe) draw a fine line between the war they wage against the enemy and the one they fight with each other, the conflict, chaos and hatred permeate Taylor, suffocating his realities and numbing his feelings towards man’s highest value… life.

* At that time, Johnny was almost giving up of the idea of a career in movies, once he didn’t receive scripts or proposals for any work, when the postman delivered the script of “Platoon”, and his agent, Tracey, asked if he wanted to try an audition for the role.

* This was Johnny’s first hard movie done in the beginning of his career.. At that time he had done two movies: “A Nightmare on Elm Street” (1984) and “Private Resort” in 1985. On the same year, he played small roles in a episode of the TV-Series “Lady Blue”, a short student film named “Dummies” and on the TV-Movie “Slow Burn”. Some time after “Platoon”, he started “21 Jump Street”.

* That was the first time Johnny travelled for another country. Although he was pretty excited, many people said him to thought twice, or don’t go, because he was going to a country under massive conflict with real risk to his life.

* Two weeks prior to shooting the movie, Dale Dye, a military technical advisor and a Marine veteran of the Vietnam War, ran the actors through 14 days of hard training. The actors had to refer to each other by their character’s names and ranks, carry all of the gear their character’s would carry, and fulfill the duties and responsibilities of their characters. Johnny and all the other actors had to do everything a soldier in the middle of a war had to do, from build tents, dig foxholes, to hold and shoot with military equipment; everything under the director pressure, mixed with their own anger, irritation, the casual approach to death, hunger, hot and rainy weather, tiredness, sickness, thirstiness, snakes and all the types of insects. During one of that nights, Johnny fell asleep on his post and woke up with Dye pressing a gun to the back of his head, whispering “You’re dead, Johnny.”. When the filming ended, after shootings that used to take 12 to 14 hours or work, they were all mentally and physically tired.

* Throughout the movie, several messages can be seen written on their helmets. On Charlie Sheen’s helmet reads, “When I die, bury me upside-down, so the world can kiss my ass”, while on Johnny’s is written “Sherilyn”, a tribute to Sherilyn Fenn, whom he was dating at the time.

* It takes 31 minutes to have a longer scene of Johnny, and 51 minutes for a dialogue speaking in Tagalog language, which he had to learn for the role. In the end, Johnny featured more on the background scenes, and his total of scenes, lengths for really few minutes, which left him disappointed when he found out that many of his scenes were cut.
Even though, Johnny was satisfied: "I’m really very proud to have been involved in Platoon. It gave me a hunger. It sort of gave me a drive to go somewhere else, to try to do other things, and learn more.“